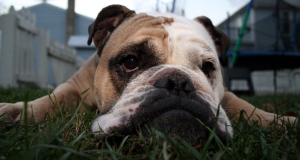 For some it’s a definite no no yet others couldn’t live without their pets. Given the predication by NSW Fair Trading that by 2020 50% of people in NSW will live or work in a strata scheme or community association a conflict between those who want to keep pets and those who don’t want, or can’t, live near animals is coming to a head in many schemes. Most commonly, this happens when a new owner buys into a scheme and either takes issue with an existing animal or wants to bring their animal into the building.

When looking at buying into a scheme, whether in NSW or the ACT, prospective purchasers should carefully consider what by-laws or rules apply and what steps they must take to ensure approval for their pet to live in the building.

In NSW, the developer choses when registering the strata scheme, what by-laws will apply. Model by-law 16 which applies in many strata schemes provides that pets can be kept with the written approval of the owners corporation and that the owners corporation cannot unreasonably withhold its consent. A significant number of schemes have however amended their by-laws to either limit the number or types of animals that may be kept or to prohibit keeping pets. There has been much talk about relaxing the rules around keeping pets in the strata reform process however the new model by-laws will apply only to new strata schemes not to existing schemes.

In the ACT, section 32 of the Unit Titles (Management) Act 2011 (ACT) is similar in that it provides that a unit owner may keep an animal within the unit or the common property only with the consent of the owners corporation. The owners corporation however has the ability to put conditions on its consent. The rules for the scheme may set out guidelines or an approval process.

The key question is what makes a refusal or a condition upon an approval unreasonable? Both the NCAT and the ACAT decisions make it clear that what is unreasonable will depend on the circumstances of the case. Having said that, it is clear that the following factors have assisted unit owners and caused the Tribunal to overturn the decision of the owners corporation:

If you have an situation involving a pet in your scheme and need further advice please contact Kerin Benson Lawyers.

Note: this is not a dispute between animal lovers and others. Not all animal lovers agree with keeping pets in strata schemes and not all those that oppose pets dislike animals.

One response to “Keeping Mr Tiddles: living with pets in strata and community associations”